Urban design projects are underway in order to create a pleasant neighbourhood, one where individuals and families can thrive and new businesses can be established. Learn about the different initiatives underway and projects already completed.

Improvements made
Rue Peel is now more attractive for users, thanks to the following actions:

Rue William, between Guy and Canning; and Rue Canning, between William and Notre-Dame

Projects in the area

Several construction projects are happening now to continue transformation of the neighbourhood. These projects will renew infrastructure to meet the growing needs of residents, create public spaces where pedestrians have priority and enhance its historic character.

Redesign of streets and parks 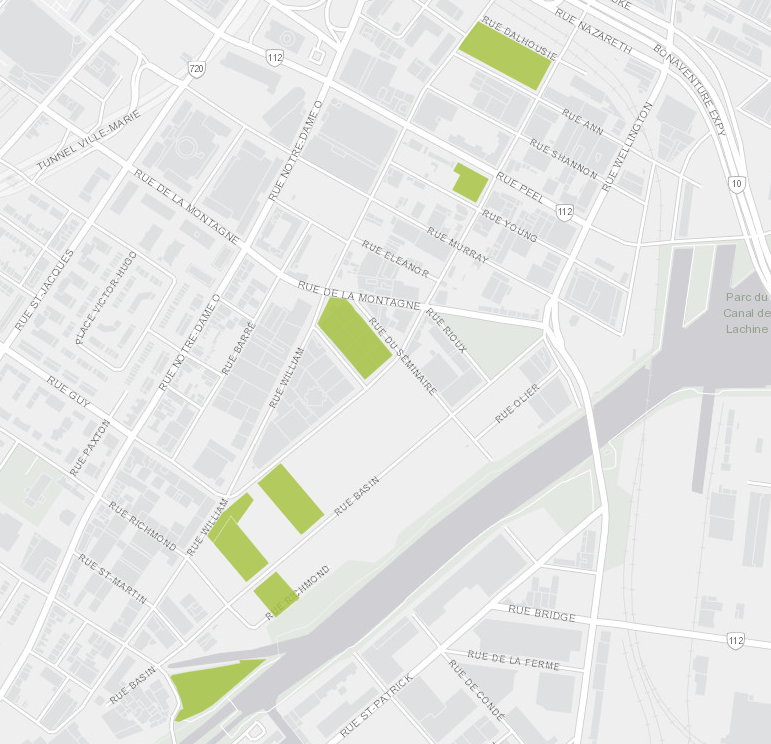 View the map (In French)

Griffintown is a former industrial zone currently being transformed; the number of residents in the neighbourhood has greatly increased. Existing infrastructure was not designed to serve so many people. Since it is one of Montréal’s oldest districts, most of the pipelines are at the end of their useful life and must be replaced to avoid leaks and resulting damage.

Montréal sees the infrastructure work as an excellent opportunity to redesign public space in order to: